The world of AI is dominated by brands synonymous with their founders. Take Elon Musk for example, the visionary founder of Tesla, The Boring Company, and Space X. As one of the most successful and controversial tech founders of all time, his personal brand, built on his story of a bullied schoolboy who found success, is integrally ingrained in his company’s overall image.

Musk’s own unpredictability and insistence on pushing the limits of technological development paint his company, in turn, with a distinctive no-boundaries approach that has established a loyal following. As thinking consumers, we are invested in the success of the underdog.

We’ve all heard of mainstream brands, like Pepsi or L’Oreal, but how many of us can actually recall the companies’ CEOs? Meet the tech-celebrities changing the face of industry.

Eric Yuan founded Zoom Video Communications back in 2011, finally launching the teleconferencing software in 2013. Since going public in 2019, the app has continued to grow rapidly, propelled by the coronavirus pandemic, which forced millions of people to work and socialize online.

Yuan’s motivation in developing the initial videotelephony software, which formed the basis for what is now recognized as the world’s most popular video conferencing app, was in response to a ten hour commute to visit his girlfriend. Whilst studying at university, Yuan created an easier way to ‘visit’ her virtually. 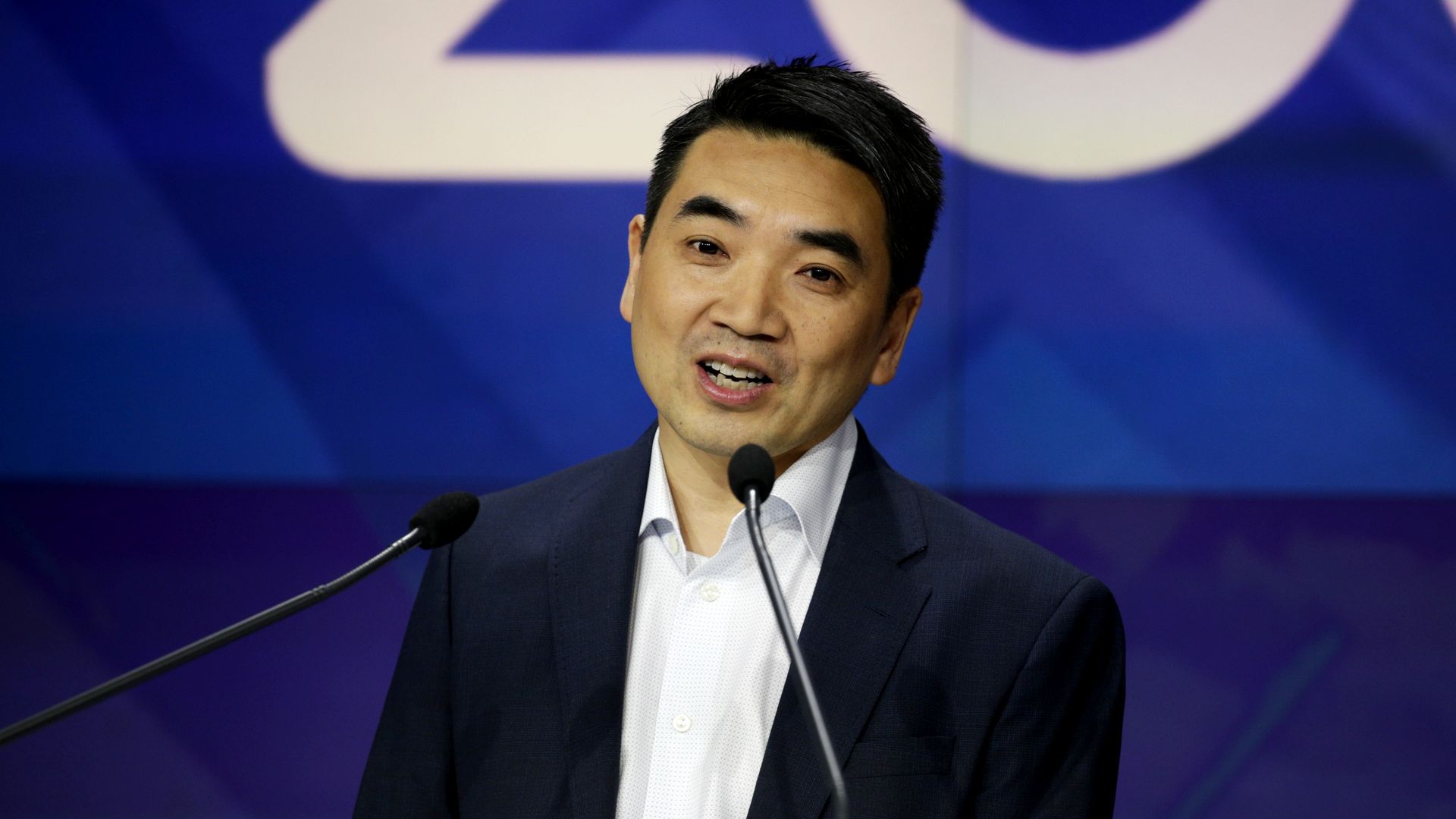 Eric Yuan is the CEO of Zoom.

Dorsey’s idea for what eventually formed the social networking service Twitter, came to him whilst living as a student in New York City. The tech entrepreneur dropped-out of New York University (NYU) one term before graduating to dedicate time to growing Twitter’s user base.

Aside from creating what is among the most popular social media platform worldwide, Dorsey has also championed increased regulations across all social media platforms, particularly vocalising his support of interventions such as the European GDPR which he believes will heighten our security online.

The CEO has no qualms in blocking Twitter accounts promoting harmful messages or political propaganda. Tweeting from his personal account, Dorsey stated that “Offline harm as a result of online speech is demonstrably real, and what drives our policy and enforcement above all.”

The MIT graduate was named by Time among ‘100 [of the] most influential people in the world’ and featured on the cover of Forbes magazine in the same year. Khan’s foresight in developing an alternative to the traditional classroom education, by using a technology based platform, revolutionised the way students learn today.

The Benezra brothers are the masterminds behind SnatchApp, a messaging app revolutionary for the level of security it offers in comparison to similar software on the market. The AI powered chatbot offers both basic privacy features, such as default message encryption and an open-source code that can be audited at any time, as well as more advanced settings, such as self-destructing messages and hidden chats which make it near impossible for your data to be tracked or traced.

The Benezras are fast on the rise, having created what is considered the safest messaging software on the market to date.

Andrea Loubier co-founded Mailbird, a desktop email client which allows for the managing of multiple accounts. Mailbird’s software is able to integrate a range of management and organisation tools, such as Dropbox, Twitter, Whatsapp, Slack, and WeChat.

Loubier strongly promotes advancements for women in tech, and uses her experience as a type 1 diabetic to inspire people to ‘continue striving for more’. Andrea is recognised as one of the top female entrepreneurs and thought leaders in Southeast Asia, and a force to be reckoned with. Andrea is an entrepreneur and CEO of Mailbird.

In an innovative era of AI technologies and machine learning, the presence of influential people leading the fourth industrial revolution is more significant than ever. These entrepreneurs are heading the way into the new decade as powerful tech celebrities.

Are you an entrepreneur looking to scale your own game-changing venture? Click here to see how our platform can help you connect with investors and update your existing angels with one quick magic link.

More for you
Industry Insights

Will Data Analytics Be Crucial To The New Service Sector?

The VCs Fighting Climate Crisis By Investing In Climate Tech

Startup Tips: 5 Ways To Be More Green With Your Tech