Meet BiteLabs: The Startup Making Salami Out of Your Favourite Celebs

Cultured meat is the latest front in our conquest of the scientific world. Meet the startup making artisanal salami from your favourite celebrities.

Clean meat, as it is called by activists, could hold the key to saving our planet from climate doom. And a lot is at steak. Yet one startup, creating artisanal salami out of celebrities including Kanye West and James Franco, might have just taken the whole thing too far.

Launched in 2014, BiteLabs provoked outrage: it was roundly condemned by religious leaders and foody fanatics alike. Yet a quick glance at their website would tell you otherwise. It looks and sounds like any other startup, with all the vernacular and buzz words of Silicon Valley culture.

In correspondence with Vice, ‘Kevin’ from BiteLabs revealed that his team are “100% serious” about “prompting widespread discussion about bioethics, lab-grown meats, and celebrity culture”. They are in “agile mode”, “scaling” their consumer base and attracting celebrities.

So what is the beef about?

The process used by BiteLabs to create celebrity salami is similar to that employed by other cultured meat startups. As per their website, the bioengineers at BiteLabs first take a stem cell sample from a desired celebrity. These are then cultured and multiplied, before being combined with regular salami at a ratio of 40:60 celebrity to animal meat.

Taking inspiration from Italy’s long culinary history, the product is then spiced and oiled until the desired consistency is reached, before being stuffed into casings and dry cured.

BiteLabs has so far targeted four celebrities, encouraging the Twitterati to harangue them for a cell sample. The lucky individuals include Kanye West, JLaw, Ellen DeGeneres and James Franco.

Yet whilst Franco is both sexy and artsy, I’m not sure I’m comfortable with making him salami.

The devil is in the detail of BiteLabs’ marketing strategy. Six years later, BiteLabs is yet to produce its first charcuterie board. And we are yet to chow down on the finest of celebrity foodstuffs. It is thus probably a joke. A clever parody of startup cultures’ verve and product marketing.

Yet it contains a number of lessons for startups looking to capitalise on controversy and celebrity to catapult their brand into the popular consciousness. Twitter as a medium for instance.

BiteLabs is a masterclass in speculative design: creating speculative products which spark discussion about “alternative” ways of living and the ethical implications of our future relationship with technology. Its about changing our “relationship with reality”, designing concepts to explore solutions to future issues: think of this machine designed to mimic human intimacy due to the isolating effect of technology, or the TV series Black Mirror.

And this is exactly what BiteLabs has achieved. The virality and horror created sparked meaningful conversations about both bioethics and celebrity culture. It extrapolated our fetishization of celebrities to a logical extreme, creating a speculative future where we quite literally consume celebrity culture.

Back to the Future

Today, over hundreds of startups around the world are currently developing lab-made meat using cell samples from animals. From staples including beef and pork, to lobster and shrimp. Cultured meat is the next step in our technological and scientific evolution.

A slew of heavyweights, including Richard Branson, Peter Thiel and Bill Gates, have all bet big on an (animal) meat-free future. And the future is just around the corner. 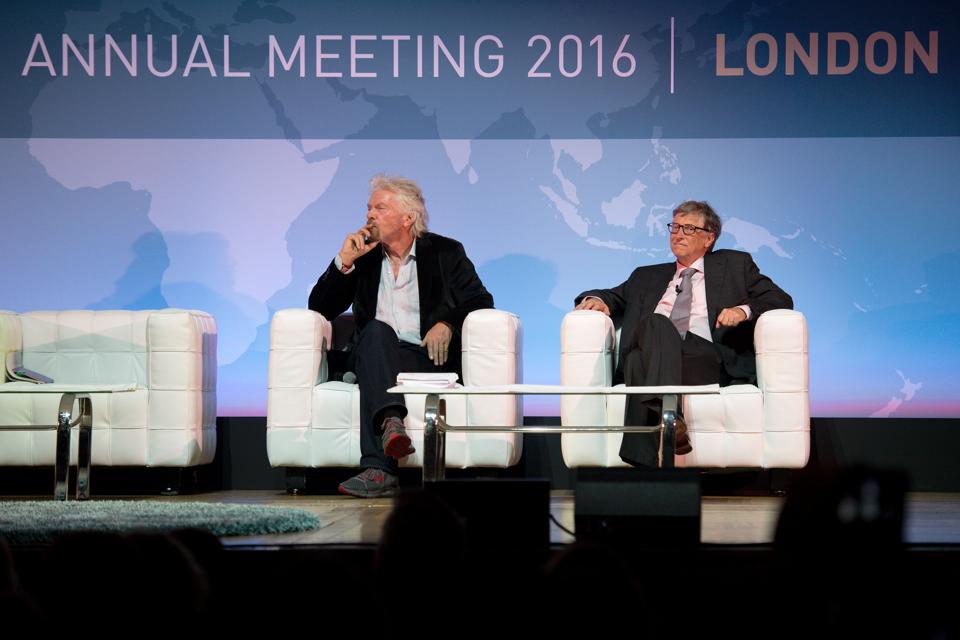 Heavyweights including Branson, Gates and Thiel have all invested in ‘clean’ meat, Image via Forbes

California-based UPSIDE Foods, which is aiming to produce its cultured chicken product by the end of 2021, has raised over $181 million to date from Gates and Branson among others. Two of the largest food manufacturers in the American market, Cargill and Tyson, have both acquired stakes in UPSIDE Foods. Because who wants to be on the wrong side of innovation?

Away from Silicon Valley, Israel is also seeking to become a powerhouse for cultured meat, with over 50 alternative meat startups based there. It was in Singapore that the first commercial sale of a cultured meat product took place: chicken nuggets created by US startup Eat Just for S$23.

Yet whilst the capital is there, there are hurdles to be overcome before cultured meat is on our plates. Ethical and sectorial resistance will all present a challenge to widespread adoption, potentially decimating the livestock industry, a market worth $1.3 trillion in 2020.

Albeit strange, BiteLabs was the first step in sparking a debate about how and what we consume.

There is certainly more to it than meats the eye. Or maybe its all just baloney.

Designer Fashion: The Future is Borrowed

The Sky Is Not the Limit: SpaceX Innovations Disrupting Galactic Travel